In Acts, believers left Jerusalem because of persecution, some settling in Antioch where they preached the gospel at first to their fellow Jews but then to the Gentiles. Barnabas, who was sent to check out this movement immediately, encouraged Saul (Paul) to join him in ministering there for the next year. We read that it was at Antioch where believers were first called Christians. It was Antioch that, even in their poverty, sent an offering to help the Jerusalem church. And, it was the Antioch church that, at the prompting of the Holy Spirit, sent Paul and Barnabas on the first missionary journey. The rest is history.

Future Leadership Foundation (FLF) is all about discovering, growing and multiplying leaders in partnership with local leaders, and often difficult situations like the one in Jerusalem- are the very conditions God uses to launch new works in Antioch and, now, Eastern Europe.

In 2014 war broke out in Eastern Ukraine. The result has been the destruction of property, including many churches, and the migrations of millions from the area. The Christians who fled the area began to preach the gospel everywhere they went.

Elisey Pronin, one of those who fled, has planted a new church in Lviv, Ukraine, and leads the Ukrainian Baptist Theological Seminary (UBTS) church planting department. More than 20 churches have been planted across Ukraine as a result of this ministry.

Many went to surrounding nations as well. Maksym Sliazin was the highly talented worship leader at the church where Elisey was the pastor. Maksym made his way to Gdansk, Poland, where he too planted a church. With the help of the Baptist Union of Poland, he began the Slavic Center of Mission and Integration (SCMI), a group reaching Ukrainians who fled from the war and those who arrive to find jobs they could not get in Ukraine. He is also responsible for training other church planters in Poland, with six new churches planted across Poland and two more leaders in training.

FLF has been involved with training students at UBTS and supporting church planting in Ukraine for many years. Now, we are expanding this involvement through a new church planting initiative named the Antioch Project, under the leadership of FLF Field Service team member, Calvin Brown, who shares the story told here. Calvin (on far right) serves as the Director of Missions for the Concord Baptist Association in central Missouri.

After a recent trip to Ukraine to meet with UBTS leadership, Calvin wrote, “UBTS, where most of these church planters in Ukraine and Poland are trained, has opened a mission department. Currently, there are more than 40 students feeling the call to missions, like the student on the right serving in Brazil.

I was able to spend time with the incoming class of 17 new students and listen to their stories of following God’s call even when families and friends do not understand or support them. Many of them feel called to Central Asian countries where we as Americans would have difficulty entering. Others feel called to Africa and other nations around the world. One young lady shared that she believes that God is calling her to be a missionary in North Korea. She knows that at this time even she cannot enter that country as a missionary, but she is preparing to be one of the first.”

Tomorrow, Nov. 27, is Giving Tuesday, a day that emphasizes giving in the midst of the Christmas season. When you consider gifts that make a difference, we ask that you make a gift to Future Leadership Foundation. Your prayers and financial support can make a lasting difference throughout the world. Will you join Calvin and others giving through FLF to develop Christian leaders globally?

“I stand in awe at the bravery and dedication of these beautiful people whom I call friends. But this is not a story about good people; this is a story of the God of faithful believers who has the power to overcome adversity, persecution, and poverty. It is the story of the power of the gospel that can change lives and set people free. It is the story of my God, my Lord and my Savior. It is a story that I want to be a part of in places like Eastern Europe. But it is a story that can take place where we live as well, if we allow our lives to be used by His mighty power.

Click here to make a donation. Your gift, no matter what the amount, will help to find projects just like this. Or, use the address below to mail a check to Future Leadership Foundation. Thank you!

And, visit our website to learn more about The Antioch Project. 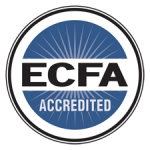